Exactly a year ago we made this article: Seven years with velomobiles. One more year has gone since 2014 when our velomobiles crossed the bridge of the Torne river between Aavasaksa (Finland) and Övertorneå (Sweden).
And YES! It is still that same feeling; comfortable, relaxing and some slight speed. Actually not very much speed with the dogs; Misha (left) and Tassu (right). If we get to the ninth year we are very sure that Misha will not be with us, she is very sick, but still happy. But no one knows about the future.
Here a video from this eight year celebration and an older celebrating Misha back in May 2014.

And finally – you have seen the short documentary film? Also with Misha. English subtitles (there is also with Russian, Chinese and Italian subtitles), about 18 minutes long, made by Tamara Sushko. 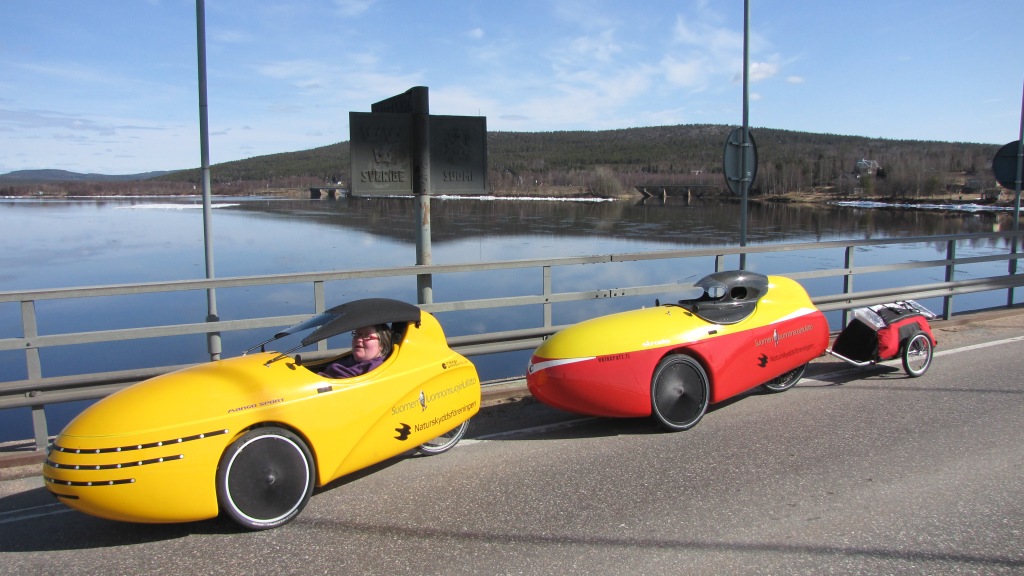 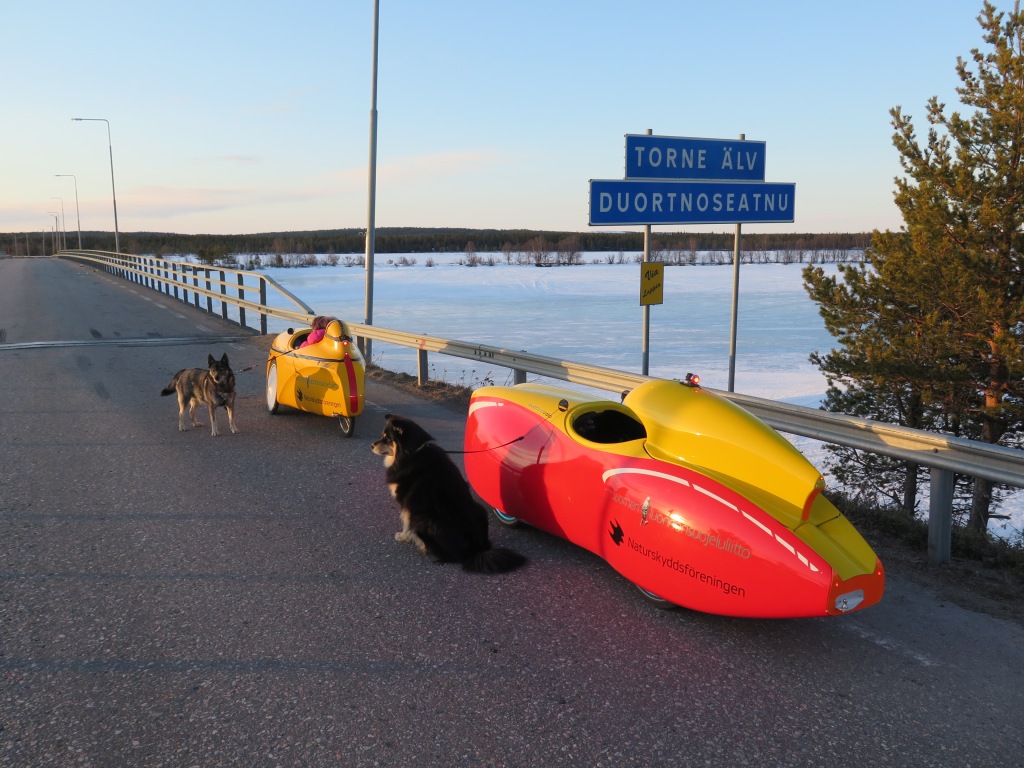 The 1:th of May 2014 the two first modern velomobiles in Norrbotten county passed over the bridge in Aavasaksa – Övertorneå. The river below that bridge is called Torne river (Torneälven in Swedish, Tornionjoki in Finnish) and at that point it is the border between Finland and Sweden.
Then my new Strada and Tarjas somehow used Mango Sport felt very new for both of us. We wrote about it here.

Today, on the 1:th of May 2021 we passed on a bridge over the river with the same name, Torne river, but on a location about 200 km further north, in the village of Vittangi where we now live. Tarja has still her yellow Mango Sport, now with electric assistance. My second velomobile was bought some five years ago, in September 2016. It is a Quattrovelo.
In this photo from today we have companion, our dogs Misha and Tassu. They have been running along many kilometres with the velomobiles!

There is a saying in Swedish language, and probably in other languages also; Det har runnit mycket vatten under broarna under dessa år. That is with some easy translation; Lot of water has been flowing below the bridges during these years.
Time goes on!

… and yes, you have seen the short documentary film? English subtitles (there is also with Russian, Chinese and Italian subtitles), about 18 minutes long, made by Tamara Sushko. 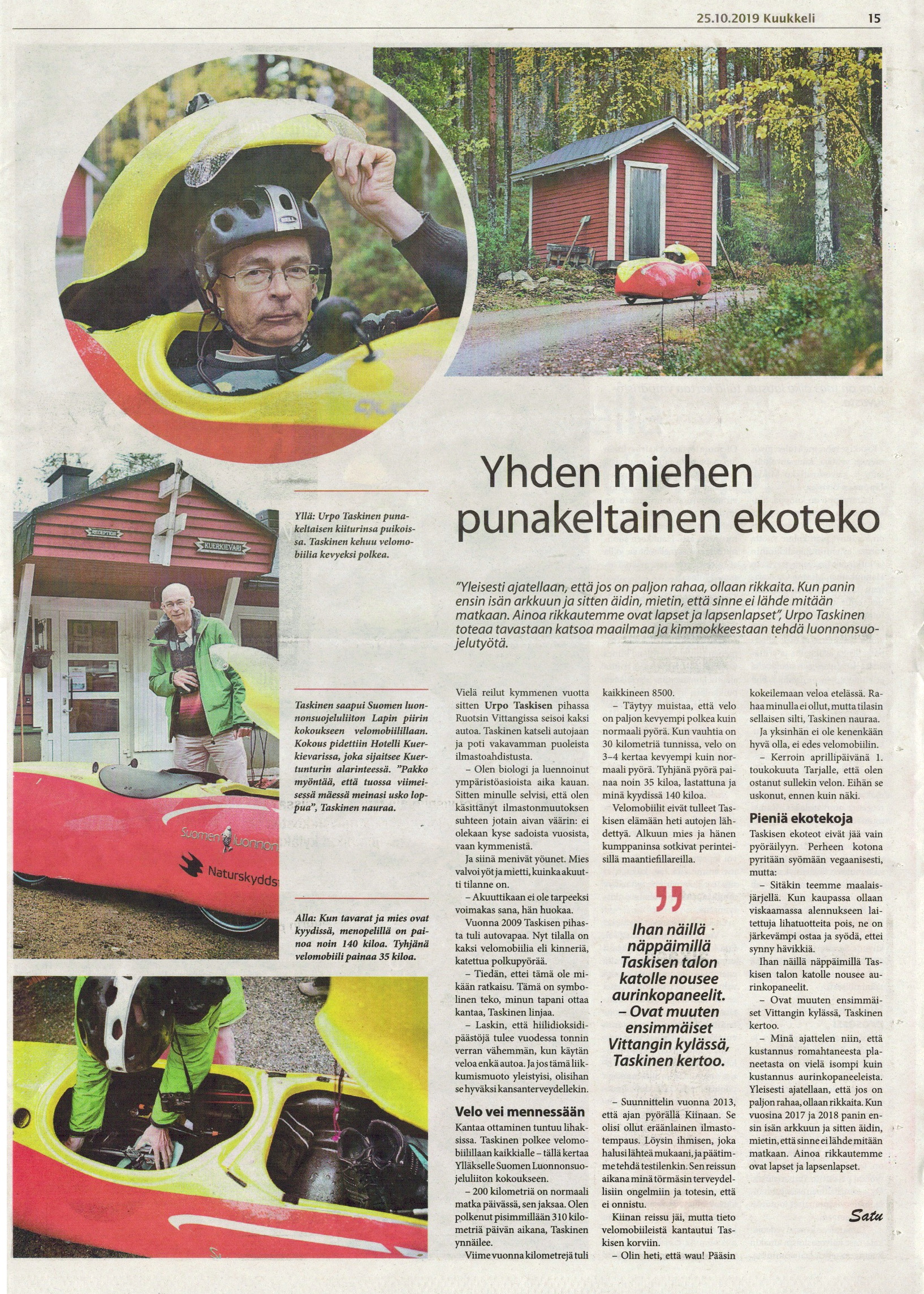 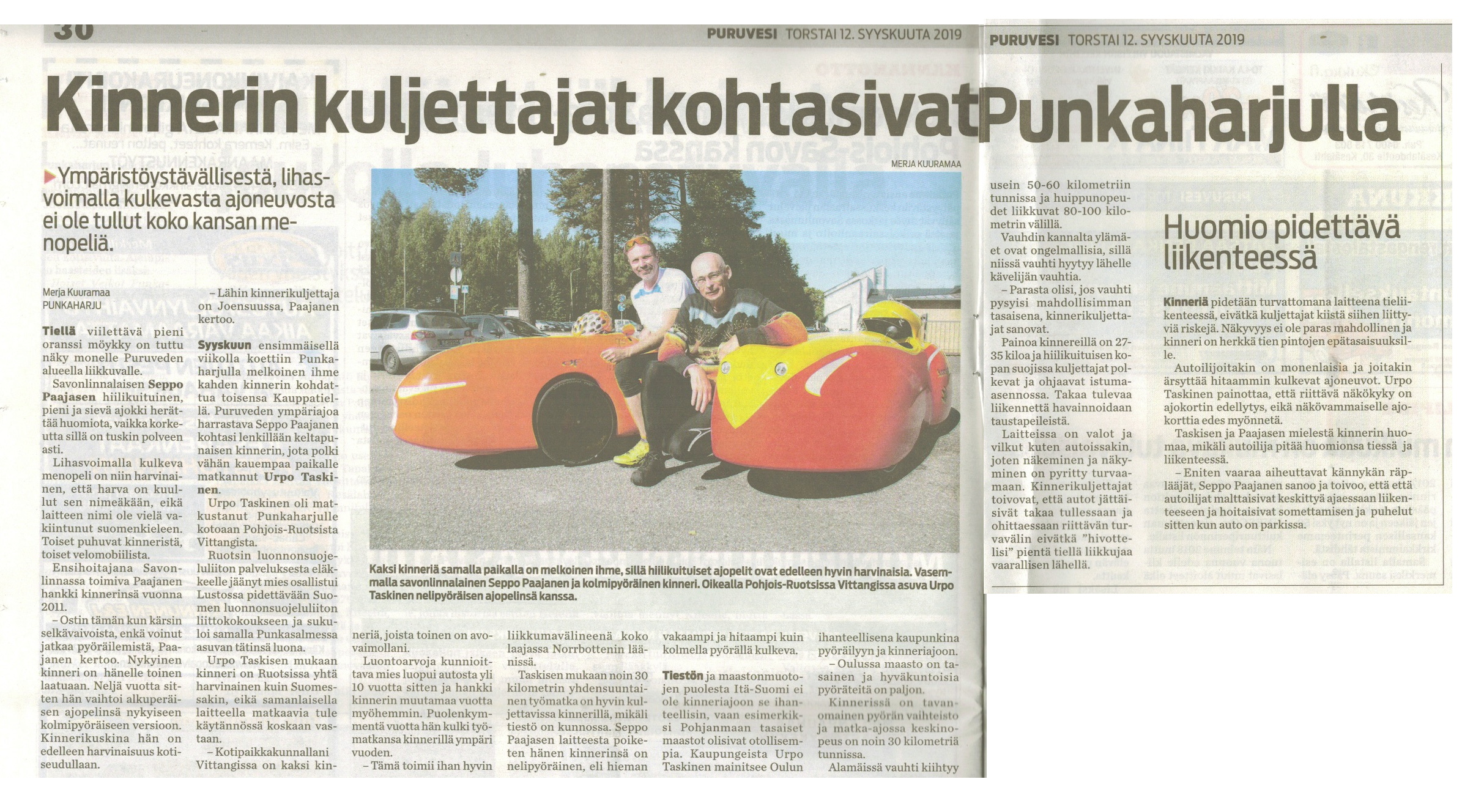 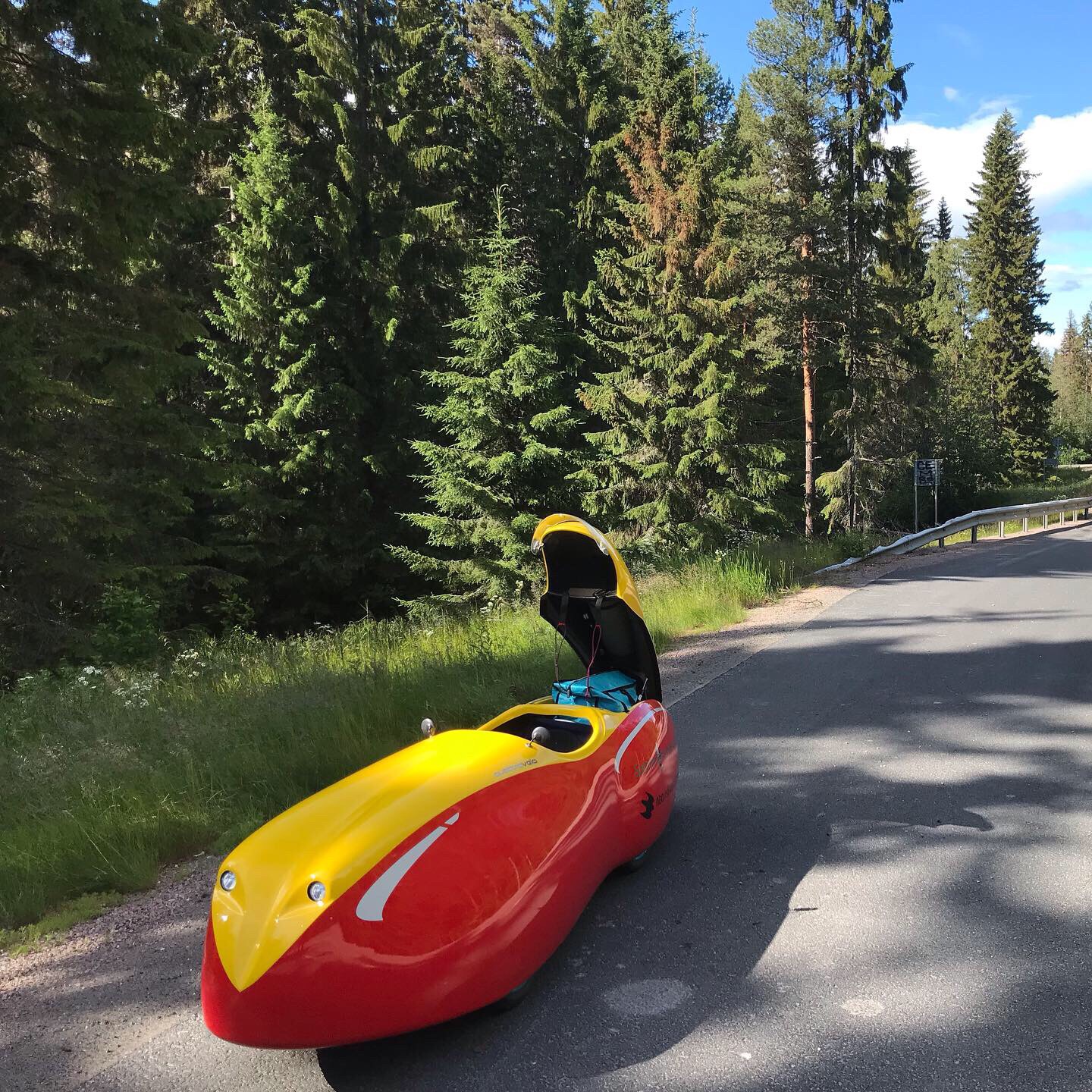 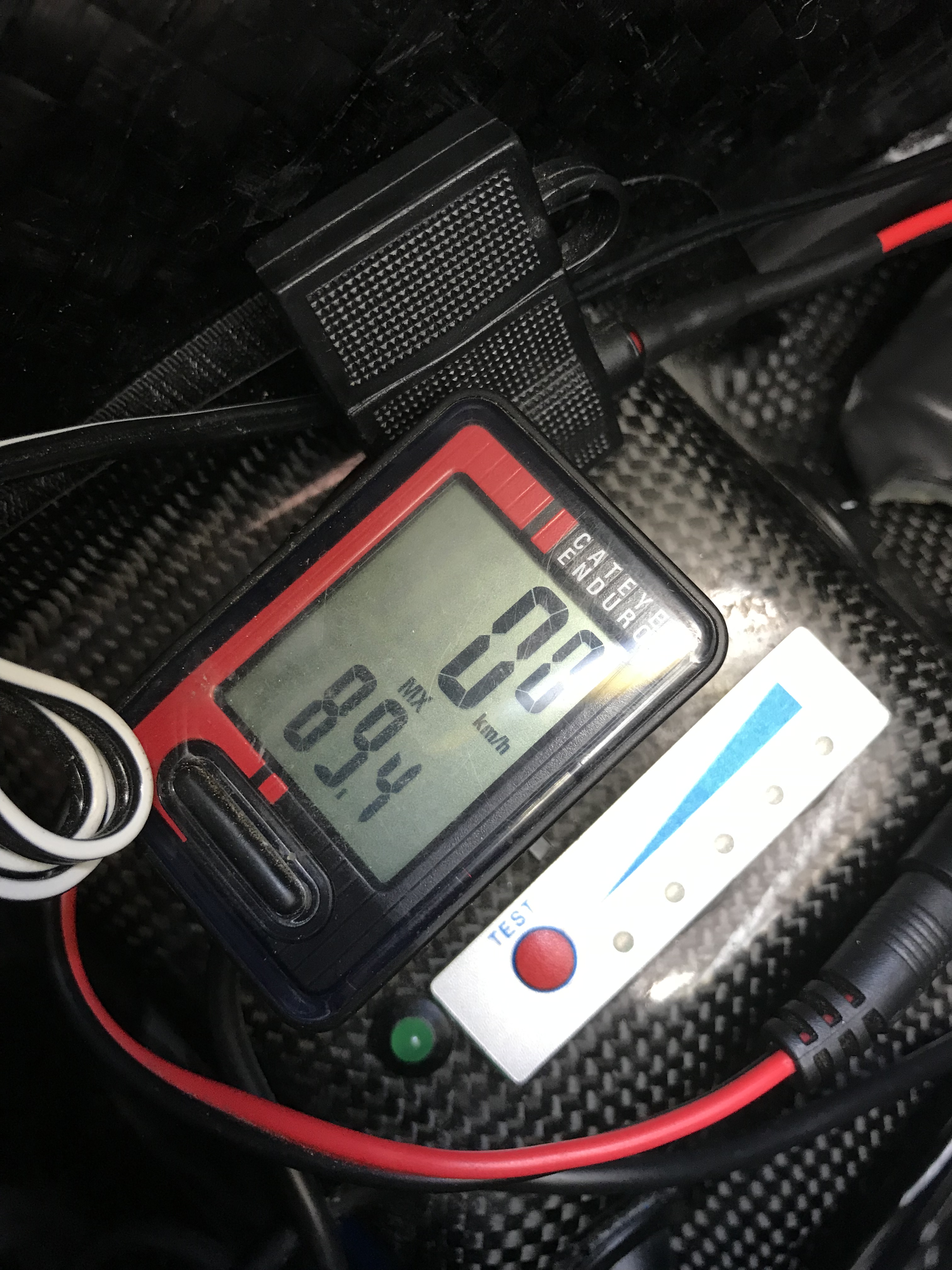 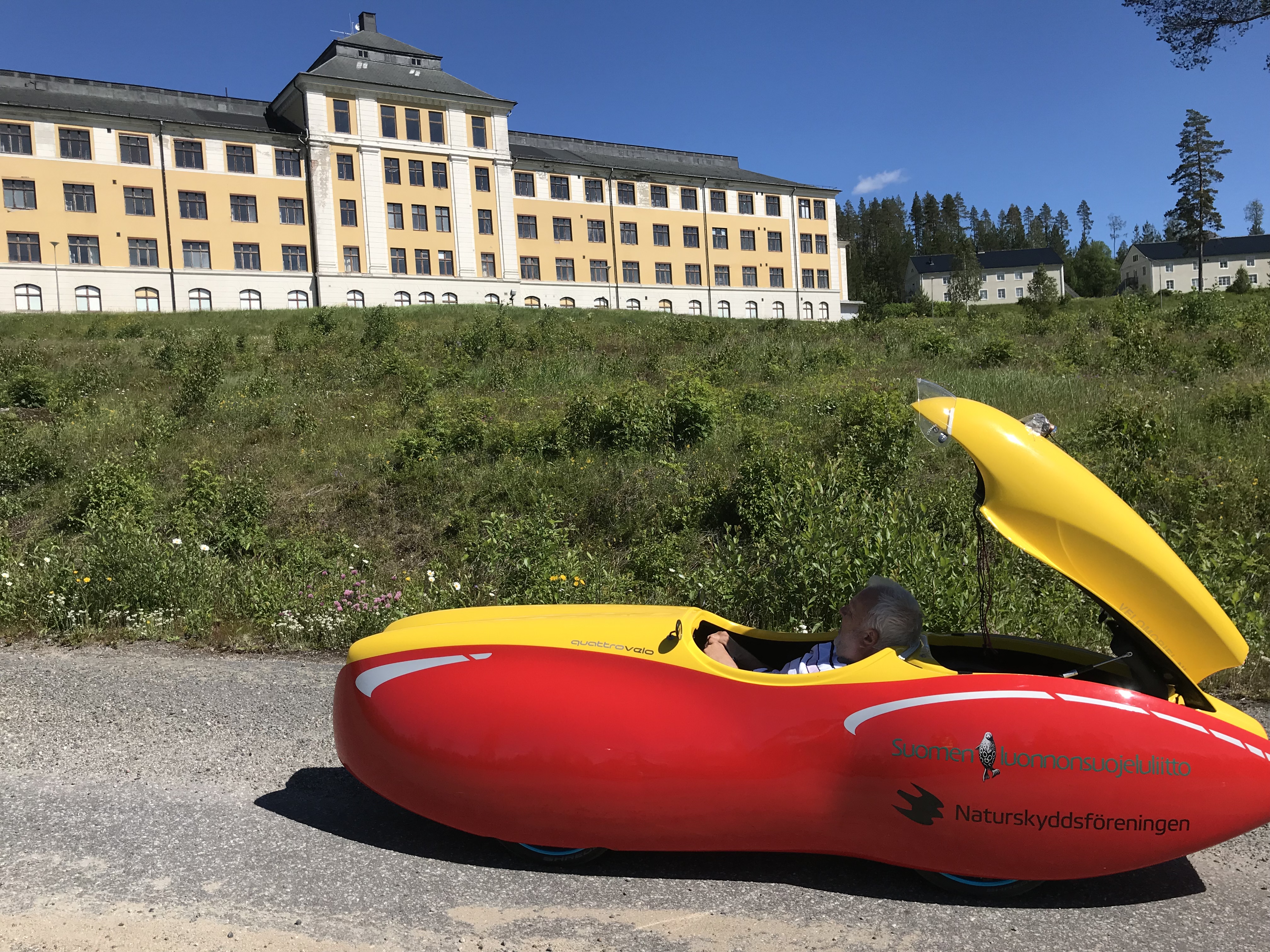 Bike on train and bus